The year is 2007. In less than a year, I’m going to ship to the Parris Island School for wayward boys. I’m working with my dad as a carpenter, and I’m spending tens of dollars on video games. My Xbox is connected to a DSL internet connection via a 40-foot ethernet cable. Life is good, and then it gets better. The fourth installment of Call of Duty 4: Modern Warfare arrives. After two years of development, it’s finally here. I went to K-Mart (yep, K-Mart) and grabbed my copy on release. Little did I know that in short order, I’d be issued what I considered the star of the game, the M16A4.

Younger folks might not realize that Call of Duty made their bones in the World War 2 shooter genre. In the early 2000s, every first-person shooter was a World War 2 shooter, and people were getting sick of it. Infinity Ward finally broke the mold and pushed a game set in the modern world of 2011. 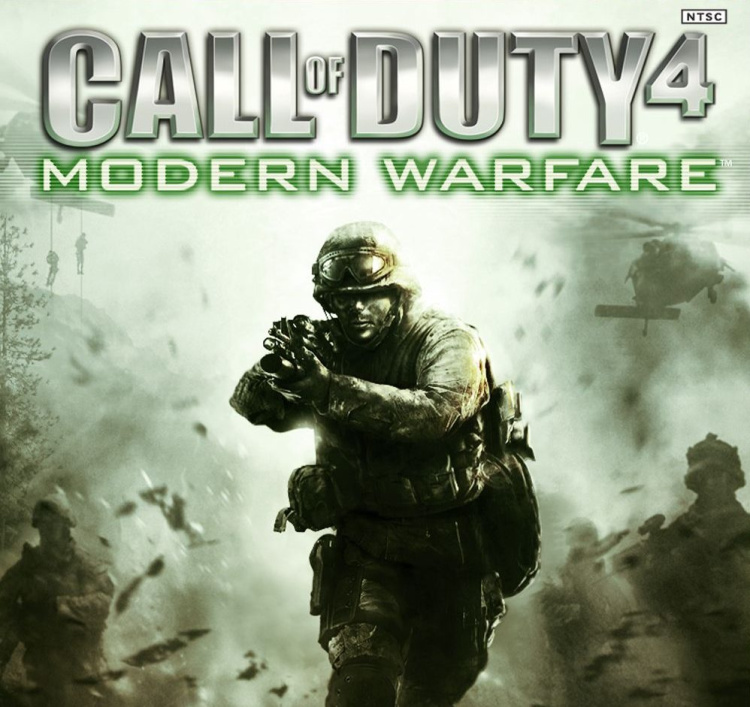 In single-player, you take the role of a SAS commando and a Marine Force Recon bubba in an international conflict that spans the Middle East, Azerbaijan, Russia, and Ukraine. The game had a story, but the story was just there to give you an excuse to shoot up various countries across the globe. If you asked me to describe the story, all I remember is something about ultranationalists and terrorists, and something, something, bad guys.

What I remember most was the catalog of firearms. Modern weapons could be wielded, including the SAW, the M4A1, the Benelli M4, several AK variants, and many more, including the M16A4. The single-player presented a competent campaign that always had you moving and shooting beside AI-driven squadmates. 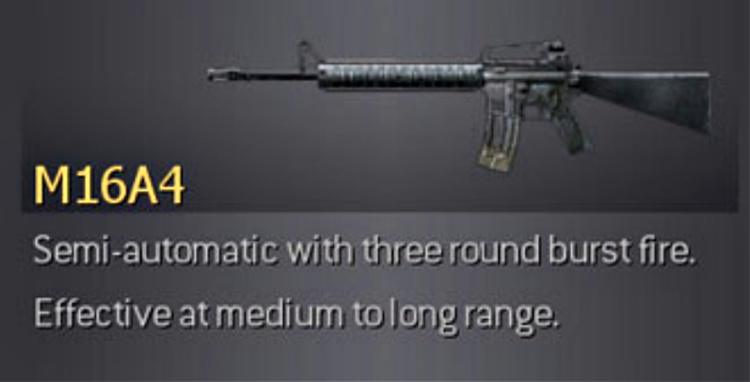 The action never slowed down, and you plowed through enemy after enemy as one of two silent protagonists. Single-player was a fun romp, but a short one. The real magic to COD 4 MW was multiplayer. Xbox live was the wild west back in those days. I heard ten-year-olds say things that would make sailors blush.

Before the internet got gentrified, it was a glorious place where we could all shoot each other full of holes and then talk crap to each other. One of my favorite memories was getting the Golden m60 which meant I got an unreasonable number of kills and headshots with machine guns. It was a glorious time, and there was one gun that helped kill the balance of the game, and it was the M16A4.

The M16A4 was the last M16 produced and famously carried into battle by the United States Marine Corps. Your humble author is an old man who carried an M16A4 beside his M240 machine gun. In boot camp, I used an A2, but at the School of Infantry, I got my first taste of the rifleman’s rifle. The M16A4 provided the Marine Corps and Army with a modular weapon system that could wear all the modern accessories the warfighter needed.

An optics rail and quad rail took the M16 into modern warfare. Knight’s Armament provided the RAS rail for attachments, Trijicon provided the four power ACOG, L3 provided the PEQ 15, and Eotech gave us the M3X weapon light. In 2008 the average Marine infantryman packed an M16A4.

The rifle still featured the long-ass A2 stock, the front sight base, and semi/burst settings. Functionally, it wasn’t much different than the M16A2. It could wear an M230 grenade launcher, and most Marines used the KAC foregrip because someone told us to, although some used those god-awful grip pods. Don’t forget the stupidly average Blackhawk 3 point sling we were issued until the VCAS became a thing.

As much as people love the shorter M4, the M16A4 was a fine rifle. It was a little heavy and off-balance, but still a fantastic shooter. Most people ignore the full-length rifle, and they are missing out. The long barrel reduces concussion and muzzle flash, the rifle-length gas tube reduces recoil, and ultimately the M16A4 is a super smooth shooter.

With an ACOG mounted, the average infantryman could easily engage a man-sized target at 500 yards. Into our first deployment to Afghan land, the majority of Marines carried M16A4s, and I never heard a complaint about the weapon’s capabilities.

In the single-player game, the M16A4 only pops up here or there. In the game, the allied A.I. carrying M16A4s look like A2s. However, whenever the player character picks one up, it becomes an M16A4. Well, kind of. The selector switch is a two-position switch, and the gun lacks a bayonet lug. Oh, and it’s full auto and not burst.

What I mean is, at moderate range, the burst of an M16A4 could kill an opponent instantly with a burst. However, if you missed with a burst, the recovery time for a second burst was slow, and you better hope you can dodge your enemy’s onslaught.

The M16A4 was balance-breaking and a huge pain in the ass. It caused many a rage-induced-fit over Xbox live. If you wielded the M16A4, people would insult your parentage, your race, gender, and perceived sexuality. Equip one with an M203, and oh man, you will be hated.

But your K/D will likely be legit.

Well, you can’t, really. In the United States, getting a machine gun is a hassle. Getting an actual M16A4 is almost impossible without lots of licenses, cash, and connections. However, you can get an almost identical rifle with a semi-auto configuration. Two big companies produce very high-quality rifles in the M16A4-lite configuration.

FN Herstal makes the FN 15 Military Collector M16, and it’s the closest you’ll get. It comes with a rail and flat-top upper. FN makes the M16A4 for the United States military, and the military collectors get you an almost real deal option.

For a little less money, Aero Precision produces two types of M16A4. One comes with a rail and the other with A2 style handguards. Both have the 20-inch barrel and flat top upper receivers, but the A2 handguard model is a fair bit cheaper. The railed model is also about half the cost of the FN model, and it’s tough to beat the price and availability of the Aero Precision model.

The M16A4 became a part of the collective consciousness of gamers because of Call of Duty: 4 Modern Warfare. It became beloved and loathed. In the Marine Corps, it served with distinction as the last full-sized infantry rifle and found a home in the heart of many a lower enlisted infantryman.