One of the more exciting new products we got to see at SHOT Show 2022 was a new Dynamic Pistol Rest from Accurate Pistol Systems (APS). You may have seen the USA 1 Shot before, but this version, the USA 1Shot GS, is the first universal fit.

Back in 2016, one of my local industry buddies told me that there was a new product out that would allow you to shoot a pistol with a stock without going through the NFA (National Firearms Act) process of paperwork, fingerprints, photographs and the $200 tax stamp. As always I’m a bit skeptical of such claims. Within a few months I was introduced to the designer and saw for myself what he had unveiled.

The original version was almost like a work of art in its construction. The price was on the high side to reflect the workings of a one-man operation running a start-up business and the original intent was the military and police markets.

The concept is simple, You have a grip which overlays that of your pistol, and attached to it is a stock or a brace. Because it does not attach to the pistol, itself, it is not considered to be a stock or any other regulated item for that matter.

I have been lucky enough to watch the product evolve over the years. Picatinny rails were on some versions to allow the mounting of a red dot sight. Some versions could hold a smartphone or tablet and paired up with a fiber optic cable to capture a shooting similar to a body cam. The original fixed version was quickly replaced by models with a telescopic tube. The design has become lighter, more streamlined, and more portable.

This latest version, the USA 1 Shot GS, uses a blade-type brace. The ATF has not issued a ruling on the legality of the dynamic pistol rest, instead saying that “the agency does not regulate accessories” and since it never attaches to the handgun outside of grip pressure, the accessory cannot be considered a firearm part. It does not hurt to be cautious. 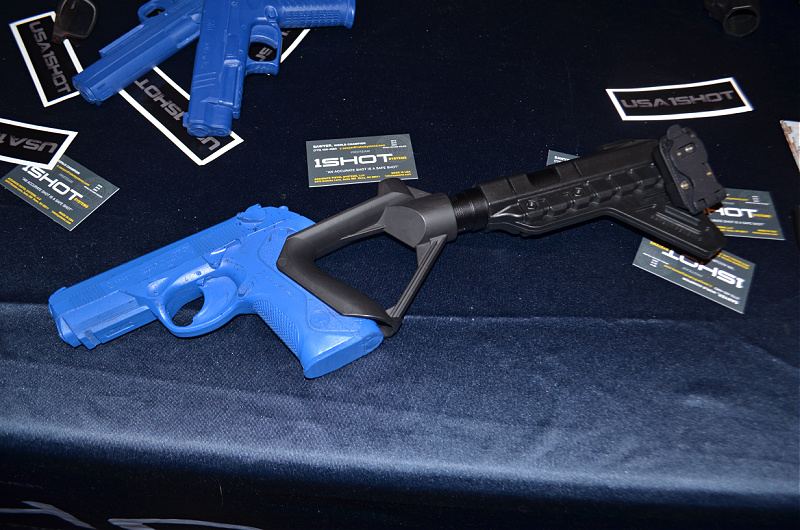 The first significant change to this version is that it is a universal fit as opposed to being made for specific firearm models. I’ve tried it with Glocks, Sigs, Smith & Wesson M&Ps, and HKs and while some fit a little better than others, it does seem universal.

Secondly, there is an optional attachment that resembles a miniaturized trailer hitch in the blade body. This mounting stud can be locked in another product called the X-holster. Its inspiration comes from behind the scenes in Hollywood as a secure holster for carrying expensive lenses on set. Weighing a few ounces, it can clip to a garment, belt, MOLLE, etc. and the stud fits inside the slot. A quick-release button frees it when you need it in seconds but for carrying around the USA 1 Shot it’s effective and sturdy. Retail on this holster is about $100. 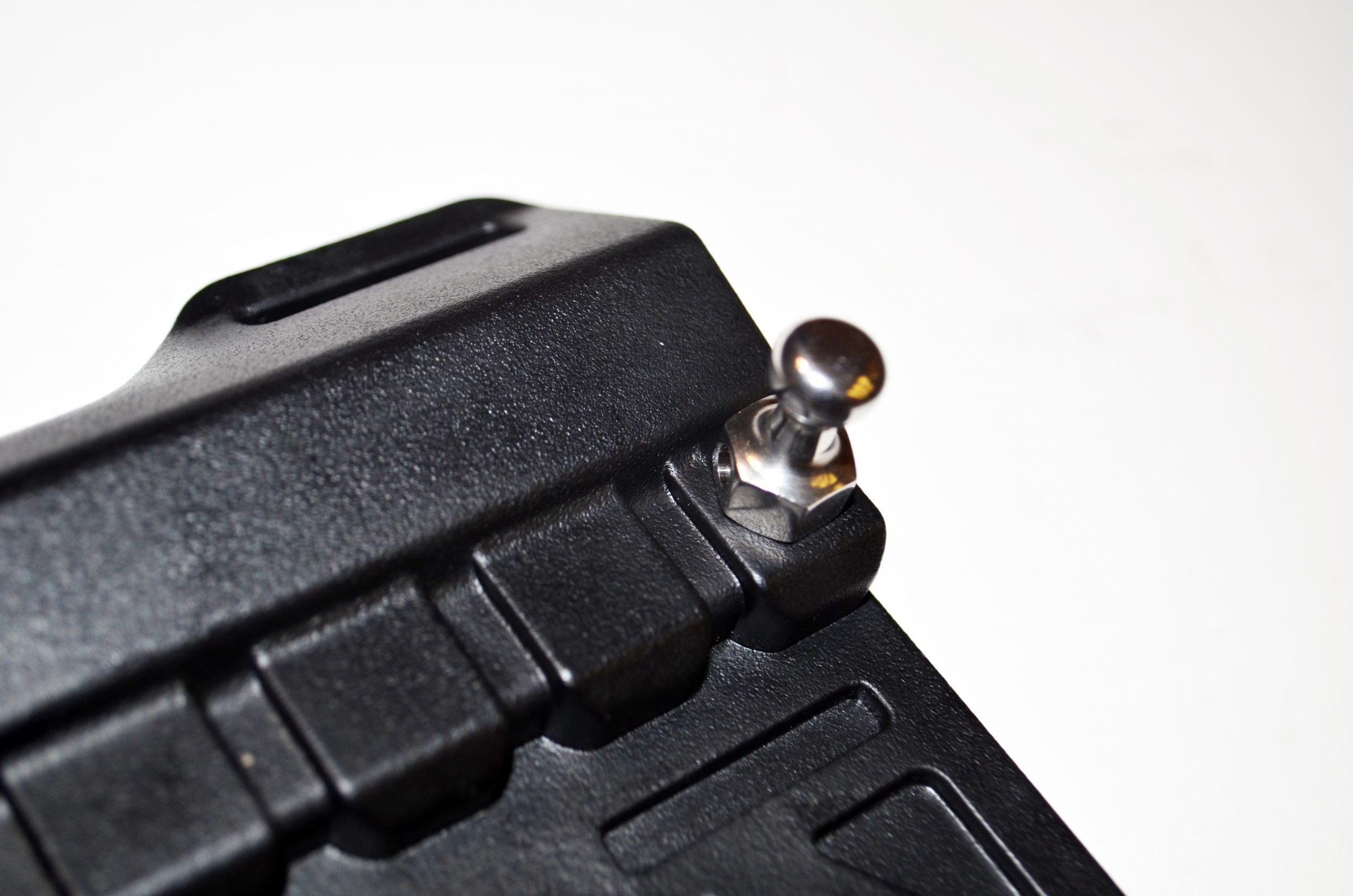 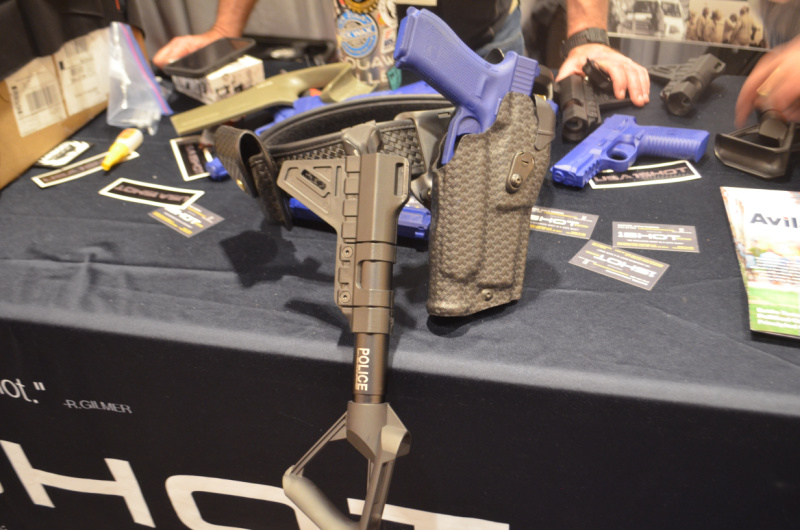 I definitely plan a more in-depth review to see the capabilities of the latest iteration in the coming weeks.