No Country For Old Men — Saturday Night At the Movies

The Coen brothers can’t make a film I don’t love. Of all their catalog, my favorite is either Fargo or No Country For Old Men. Today we are talking about the latter but we might do the former a little later. No Country For Old Men introduced me to the Coen brothers and Cormac McCarthy. The film and book are neo-westerns, and the film is surprisingly close to the book, but not perfectly. 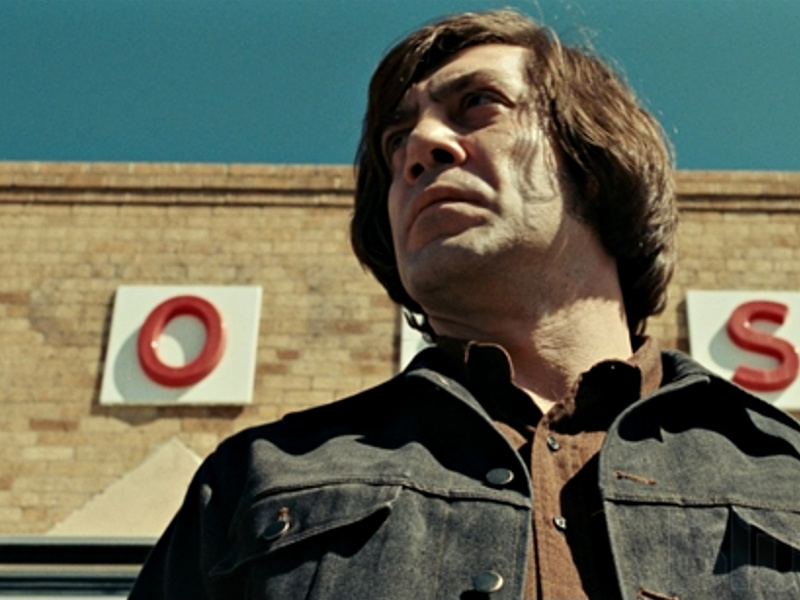 While we’ll be discussing the movie more than the book, we will reference the book in parts. This neo-western thriller takes place in 1980 and tells the story of a man who learns a hard lesson about there being no such thing as a free lunch. It’s tough to talk about the film without spoilers, so stop now and go watch it if you haven’t seen the film. I watched it on HBO Max.

No Country for Old Men

No Country for Old Men tells the tale of Llewelyn Moss and Anton Chigurh locked in struggle. After a drug deal goes bad, Moss finds a large sum of money and decides to keep it. Anton Chigurh is hired to find the money. Moss quickly finds himself in over his head as he faces off against a ruthless and experienced killer who tracks him like a Terminator.

In the first five minutes, we meet both men, and we see some deadly foreshadowing in those five minutes. Anton kills two men and does it as if it was easy as breathing. Moss is hunting a pronghorn and takes his shot, but only wounds the animal and loses it.

This sets the scene for what becomes a very brutal movie chock full of death and despair. Death is a plague that moves through the film affecting everyone. Not just the main characters, but side characters, bad guys, good guys, and anyone and everyone who gets in the way.

While the film has some extraordinary events that go on around real people, it’s always very grounded and feels very real. The action isn’t stylized John Wick style, and there aren’t drawn-out gunfights. Everything is quick and brutal, and small mistakes have consequences.

Moss is a regular guy and a fairly good man. He takes the money, but that same night he feels guilty enough to drive back out and bring water to a wounded cartel member who begged him earlier. Anton is a monster who enjoys killing. He has a facade as a professional, but ultimately it’s something he enjoys. Enough so that he randomly shoots a bird when driving across a bridge.

Moss and Chigurh aren’t the only characters in the film. Almost everyone on screen gets some action. Even the little roles like the hotel clerks, the store owner, and more. They feel like real people, which makes the movie feel real.

Alongside Moss and Chigurh is Sheriff Bell, played by Tommy Lee Jones. He is another good man but isn’t a supercop who can solve everyone’s problem. It feels like he wants to be, but he’s just a small-town sheriff.

In the novel, the Sheriff tells the story and narrates the beginning of each chapter. However, that’s not something needed in a film, so his role is slightly smaller. Still, he’s impactful and sets the tone through his performance.

With three powerful performances, it’s easy to miss and even forget to mention Carson Wells, played by Woody Harrelson, Stephen Root as a drug lord executive, and Kelly McDonald as Carla Jean Moss. Regardless of how small it is, every performance is brilliant and well done.

I’ve already mentioned the action in the film is fairly short and very violent. It’s not stylized or drawn out. There are also parts where the action is smart, and the characters make good decisions. My favorite part is when Anton Chigurh plans an assault quickly and efficiently.

The two main characters are both smart and clever. Anton gets a room and walks his way through it, familiarizing himself with it to ready himself for an upcoming shootout. He thinks his money is in a room near his. He removes his boots to be silent and then comes through the room prepared and takes out a handful of cartel gunmen.

Moss isn’t as skilled or as experienced, but he makes smart moves to avoid trouble when he can. He is clever and is even capable of wounding Chigurh and almost getting the best of him. You really wanna cheer for Moss, even though you know he put himself in a bad position.

I couldn’t leave a review of No Country For Old Men without talking about the guns. The Coen brothers did a great job sticking to the novel’s guns of choice. However, the novel is full of anachronistic guns that didn’t exist in 1980. This includes using a Glock in the film and novel, the TEC-9, and a few more.

The movie uses an SP89 as a stand-in for the MP5K mentioned in that novel. The SP89 is anachronistic, but we’ll let it slide. We also Moss recover a Colt Government Model 1911, which is also mentioned in the book. In one silly scene, after diving into a river, he clears the gun and tries to dry it out before shooting a pursuing dog.

I don’t think blowing in the chamber would make a difference in real life. The gun was barely exposed to water and would function fine.

As the shotgun nerd that I am, I love the two choices our main characters use. Anton Chigurh uses a Remington 11-87 with a proprietary suppressor that’s massive. He uses the 11-87 well, and Javier Bardem should get credit for his realistic firearm use.

Moss uses a Winchester 1897, or more likely a Norinco 97, because real 1897s are fairly expensive. Moss cuts down the weapon’s stock and barrels with a hacksaw. He files the burrs from the inside of the barrel and duct tapes the grip. He also secures it to himself with a sling. That’s a smart move. From what I can see, the barrel looks to still be a legal length and not sawn off past 18 inches.

Shotguns in the film seem to have a crazy spread. From almost point-blank, we have a spread of buckshot roughly the size of a pie plate. That’s much too spread for that close of range, and both shotguns have roughly the same widespread. It’s a common issue in films, and sadly No Country For Old Men is affected by it.

Even so, the guns and the action are well done and never over the top. It’s quick, brutal, and far from your normal, clean Hollywood gunfights.

No Country For Old Men is a fantastic film. One of my favorites, but it’s not one I watch all that often. It’s not a movie with a happy ending, and the good guys don’t win. Sometimes justice isn’t served in real life, either. It’s just the way the world works, and it’s not something I want to be reminded of frequently. Even so, the film always captures me when I watch it, and the time spent between viewings makes me appreciate even it more.