The Taurus TX 22 is part of a growing list of Taurus guns that is drawing renewed interest in the brand. This rimfire fun-gun is designed to be a versatile plinker and a stand-in for training when ammo availability or price might get in the way. And Taurus is building these so that their customers can add on what they want.

If you are looking for a solid .22 LR that isn’t going to break the bank, this is a great place to start.

The polymer frame and aluminum slide make this a light build. The choice of aluminum for the slide, too, had some people talking early on—but aluminum and other alloys are becoming more ubiquitous in rimfire builds. The steel is in the barrel, where rigidity matters.

The barrel itself is thin. The end is capped with a thread protector. You may not notice it unless you look at the barrel end. The barrel, even with the end cap, rides flush inside that aluminum frame.

The barrel extension replaces the thread protector and allows you to put on a muzzle device or a silencer. I’m running a Silencer Central Banish 22 on this one. The weight of the Banish suppressor adds just a bit more to the front end of the gun but steadies what little muzzle-flip comes from a hot .22 in a light handgun.

Apart from this, the design will be familiar to Taurus fans. The surface texture on the frame and the ergonomics are in line with many of their newer semi-autos.

This dude has a wide trigger shoe. I’ve grown accustomed to the rounded metal trigger shoes on some of the higher-end, much heavier rimfires. While the TX22’s trigger pull is consistent and light, the shoe is big. The design is built more like most EDC 9mms and not like a target pistol.

The TX22 comes with or without the manual thumb safety. The lever is ambidextrous and easy enough to locate on the slide with your eyes down range. It isn’t as tactile as an M1911 thumb safety, but it provides that extra measure of assurance, especially for anyone who might be using this gun to teach someone else shooting fundamentals. 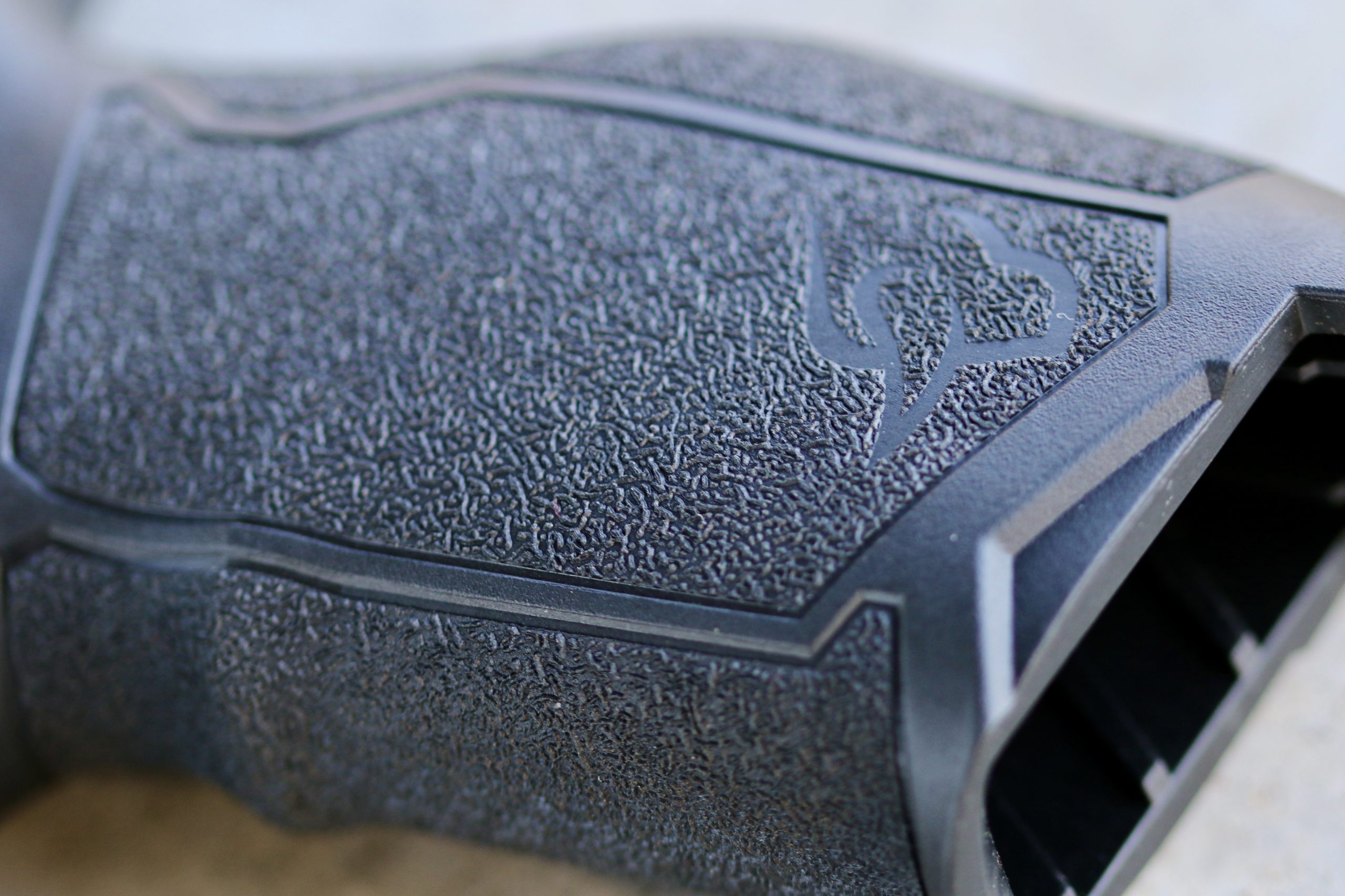 The mag-release button is a trapezoid placed just behind the trigger. The frame, at the base of the magazine well, protrudes slightly and helps protect the button from accidental release.

You’ll want more magazines. I’m not saying that because I’m writing for GunMag Warehouse. Loading rimfire rounds is fiddly, and best done at home, watching an old Clint Eastwood western. The mags come in two sizes—10 round and 16 round.

At first, I was a bit bummed by the limited capacity, but—if you are using this as a stand-in for an EDC gun on the range—you might want to work with the same number of rounds in each gun. There are extensions being made now that allow for more rounds. I’ve not had the opportunity to try any of those at the time of this writing.

I’ve been running this with a Viridian E-Series red laser. The laser is daylight visible, though I find that visibility diminishes past its practical potential at a distance of 25 yards or more in sunlight. In shade or low light, a laser is a fun addition to a plinker.

The Banish 22 is a solid suppressor. It knocks off the edge of a .22’s report. Adding it to the TX22 isn’t complicated, though it has its nuances. The thread protector is on tight, and getting it off requires some muscle.

The force you need to apply makes the entire system flex. If you aren’t making the switch on the range, I’d recommend tearing down the gun and clamping the barrel in a padded vice.

The Banish 22 on the TX22 allows for hearing-safe plinking. The light slide on the TX22 cycled well, even with subsonic rounds. If you don’t already have a can for every caliber—what are you waiting for? Wait times have never been this short.

Final Thoughts on the TX22

Taurus has made some really compelling guns in the last few years. And it looks like they’re building the TX22 into a platform for rimfire that will cover just about anything you would want in a budget-friendly semiautomatic, from plinking to competition to training.

Retail on this version is below $300.

At this price, the popularity of the Taurus TX 22 is easy to understand. The gun is capable, shoots straight, and performs reliably. And the extras – from the adjustable sights to the potential of the threaded barrel, begin to set this pistol apart.